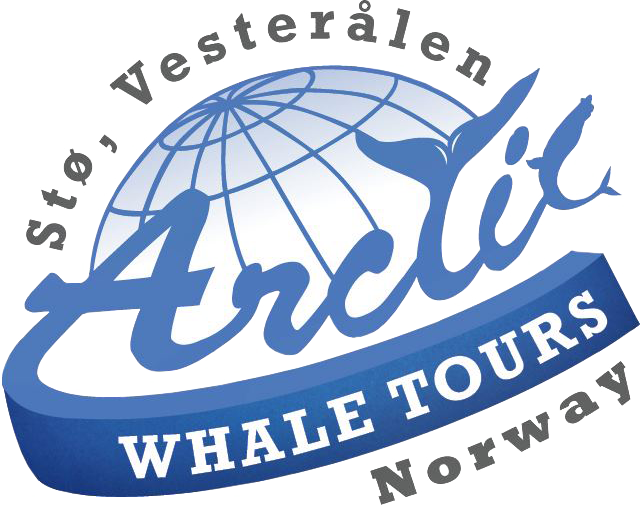 Location: Stø in Vesterålen. 1 hour from Sortland. 2.5 hours from Svolvær.
Departure: 10:00, please be at our reception no later than 45 minutes before departure
Duration: Typically 6-8 hours, although this may vary depending on weather conditions or other unforeseen circumstances.
Capacity: max 65 passengers
Included:
- tea, coffee, hot chocolate, biscuits
- soup lunch made from local ingredients
- experienced, qualified, multilingual guides
- stop off at a puffin colony

Please note: Departure times may be subject to last minute changes due to weather conditions or passenger demand. Full terms and conditions below.

We head towards the underwater canyon of Bleik, in search of the highlight of the whale watching tour - the sperm whale (Physeter macrocephalus). On the way offshore, we regularly encounter different whale species inhabiting these waters, for example:

Each safari is different, which makes the experience even more exciting! When we set out from the harbour, we never know exactly what kind of whales wait for us on that particular day.

On the way back, we will serve you a hot meal: our delicious fish soup or vegetarian soup with bread. The soups contain local supplies and self-collected herbs. You can enjoy the boat ride and magnificent landscapes while summing up the experiences of the safari with our friendly crew.

The last stop on our whale safari is the island Anda. Here we will take you close to the bird cliffs, which are home to thousands of seabirds. About 30000 puffins inhabit the island every summer from mid April to mid August. We will also go close to the flat rocks north of the island to see if we find harbour seals resting on the rocks. Some of the bird species you can expect to see are:

Our safari success rate is around 98%, but occasionally, it happens that we fail to spot any whales (we are dealing with nature and wildlife, after all). For such rare days, we have a whale guarantee: If we do not see whales, guests who are interested can join on another safari free of charge (subject to availability, not redeemable for cash). In this case, please contact reception after the trip and we will rebook you.

We warmly welcome dogs on board with us. Since some of the guests may be allergic to them, human's best friends are not allowed indoors. No extra charge will be taken for dogs. We love having your furry friends onboard with us, but your dog is fully your responsibility. You may also contact our reception (info@arcticwhaletours.com) for more information.

Ask us about group rates!

Our rates include the following

- Check in begins one hour before departure
- We reserve the right to cancel the tour at any point before departure due to weather and/or other unforeseen circumstances. In case we cancel the trip prior to departure, full refund will be given to customer.
- Any cancellation by Arctic Whale Tours will be notified by text message and/or email. Please check your phone and email the evening prior to your trip.
- Minimum number of passengers: 20 (We reserve the right to cancel a departure if there are less than 20 persons on the tour)
- Length of safari: on average 6-8 hours although this can vary depending on weather conditions, and/or location of whales, and/or other unforeseen circumstances. Arctic Whale Tours AS hold no liability for any inconvenience and/or disruption to travel plans in case the length of the trip is shorter or longer than described due to unforeseen circumstances outside our control.
- Cancellation by customer: Free cancellation up to 24 hours prior to departure. 100% cancellation fee for any cancellations less than 24 hours to departure.
- Whale guarantee: in case we do not see any cetacean species (includes all whale and dolphin species), we offer our customers another safari free of charge. Subject to availability, not redeemable for cash.
- Prices include local taxes

Our boat Blasius II is a 22-metre, twin-engine catamaran. A spacious deck, and a warm indoor lounge with seating make it a great vessel for whale watching.

The sperm whale is the world’s largest toothed whale, and the world’s largest predator. They are a deep diving mammal, that can reach depths of over 2000 metres on their dives. Our destination on our safaris, Bleik Canyon, is one of most important sperm whale feeding areas in Northern Europe. It’s closeness to the mainland offers a world-class opportunity to see these mysterious giants of the ocean. Sperm whales hunt squid and deep-sea fish using echolocation. All the sperm whales here in the north are males. The females inhabit warmer waters in the tropics and subtropics (for example waters off The Azores, The Caribbean and Sri Lanka). Females live in stable social groups with their fellow adult females and calves. Males on the other hand, are solitary. Juvenile males sometimes do form “bachelor groups”, but as they mature, they prefer a more solitary life.

The killer whale, or orca, is a toothed whale, and the largest member of the dolphin family. Killer whales live in tight family groups, with the oldest female being the matriarch and leader. Their diet consists of fish and some groups are also specialised in hunting other marine mammals (eg. whales and seals). Killer whales are found in all of the world’s oceans. In Norway, the best time to see killer whales is in winter, when they follow the spring-spawning herring into the fjords in Northern Norway. We see them regularly in the summer too, but as they travel long distances in the summer in search for food, seeing them is more down to luck than in winter.

Pilot whales are the second-largest member in the dolphin family. They live in tight social groups, size ranging from a few individuals to super pods of thousands of animals. Most often they are seen in groups of 20-150 individuals.

The common minke whale is the second smallest species of baleen whales. They primarily feed on fish and crustaceans. They normally do not show their fluke when diving, and are seen singly, or in small groups of few individuals. There are more than 100000 minke whales in the waters off Norway. They are the only whale species being hunted in Norway, with a quota of 1278 whales in 2020. Altogether, 429 individuals were caught in 2020.

Humpback whales are baleen whales, and known for their long pectoral fins (which can be up to 6 metres long!) and beautiful song the males sing to attract females. Humpback whales are also known for their active behaviour on the surface, with breaching, and fin and tail slapping. They are an infrequent summer visitor to the waters off Vesterålen, and always a special treat to see. The best time to see humpback whales in action is in the winter, when they congregate in the fjords in Northern Norway to feed on spring-spawning herring.

The fin whale is a baleen whale, and the second largest animal on earth (after the blue whale). They are found in all of the world’s oceans, but are most common in temperate and cool regions. For us in Vesterålen, they are a special treat to see. They often travel singly or in small groups, rarely showing their fluke when they dive.

Atlantic white-sided dolphin are found across the North Atlantic region.

White-beaked dolphins are found across the North Atlantic region. It can be misidentified as the Atlantic white-sided dolphin, but is generally found further north, and lacks yellow streaks on its side.

The harbour porpoise is one of the smallest marine mammals. They inhabit coastal waters in the Northern Hemisphere. Their global population size is about 700 000, with about 460 000 in habiting the water from Gibraltar to Vestfjorden, Norway. They can often be seen in the fjords and bays from the shore. If you see a small, dark, triangle-shaped fin breaking the water, it’s most likely a harbour porpoise!

The Atlantic puffin is a small seabird in the auk family. They migrate to Northern Norway in for the summer to breed in big colonies. They arrive in mid-April, and leave in mid-August after raising a single chick over the summer. Puffins can fly up to 80kmph, and dive down to 60 metres. There is a big breeding colony of puffins at Anda Nature Reserve, only 3km off Stø. We make a stop off the cliffs of Anda to have a look at the plethora of seabirds, including puffins, that call Anda home in the summer.

The white-tailed eagle is the largest bird of prey found in Europe. Their wingspan can reach 2.5 metres. Most often we see white-tailed eagles on Anda, and you can also see them soaring above the mountains on the coastline as well.

Fulmars are a regular visitor to our boat when we get out to the open sea. They live most of their lives out in the open sea, only returning to land to breed. They are a tube-nosed bird, the same order as the albatrosses and petrels.

The northern gannet is a large sea bird, with a wing span up to 180cm. The adults have beautiful bright white wings and yellow head. Juveniles are brown, and get whiter as they age. Gannets are known for plunge-diving when feeding, and are well-adapted to diving.

Harbour seals are found across the temperate and arctic coastal waters in the Northern Hemisphere. There are some colonies around Stø in the rocky outcrops, and we often see harbour seals resting on the rocks at Anda as well.

These are just a few examples of the rich wildlife that is found in our region! Our crew will give you first-hand knowledge of the plethora of wildlife we get to see on the safari!

In Stø, we have the privilege of living and working amongst the most magnificent wildlife found in Norway. This also gives us an opportunity to provide our visitors with quality whale watching experiences. However, these opportunities are associated with the responsibility to ensure the welfare of the animals at all times. We have therefore, in close collaboration with WDCS (The Whale and Dolphin Conservation Society), established whale watching guidelines to assure best practices for our whale watching. The aims of these guidelines are to minimize the impacts on the animals and for our trained naturalists to inform our visitors about the appropriate ways of interacting with marine mammals.

Signs of disturbance in whales

Allowing whales to interact with us

The guidelines presented here refer to our active approach towards the whales. Sometimes whales are curious about us and approach our boat. In these situations, we maintain our course with slow steady speed or let the engine run in neutral.

Whenever we set out to the sea, we always expect to see whales. However, as our product is based on nature, it does sometimes happen that we do not succeed. For such rare occasions, we have our whale guarantee: In the unlikely event that we would not be able to see any cetaceans (includes all whale and dolphin species), passengers can join another available whale safari, free of charge (subject to availability, not redeemable for cash). In this case, the guests need to contact the reception and we will do a re-booking for them. 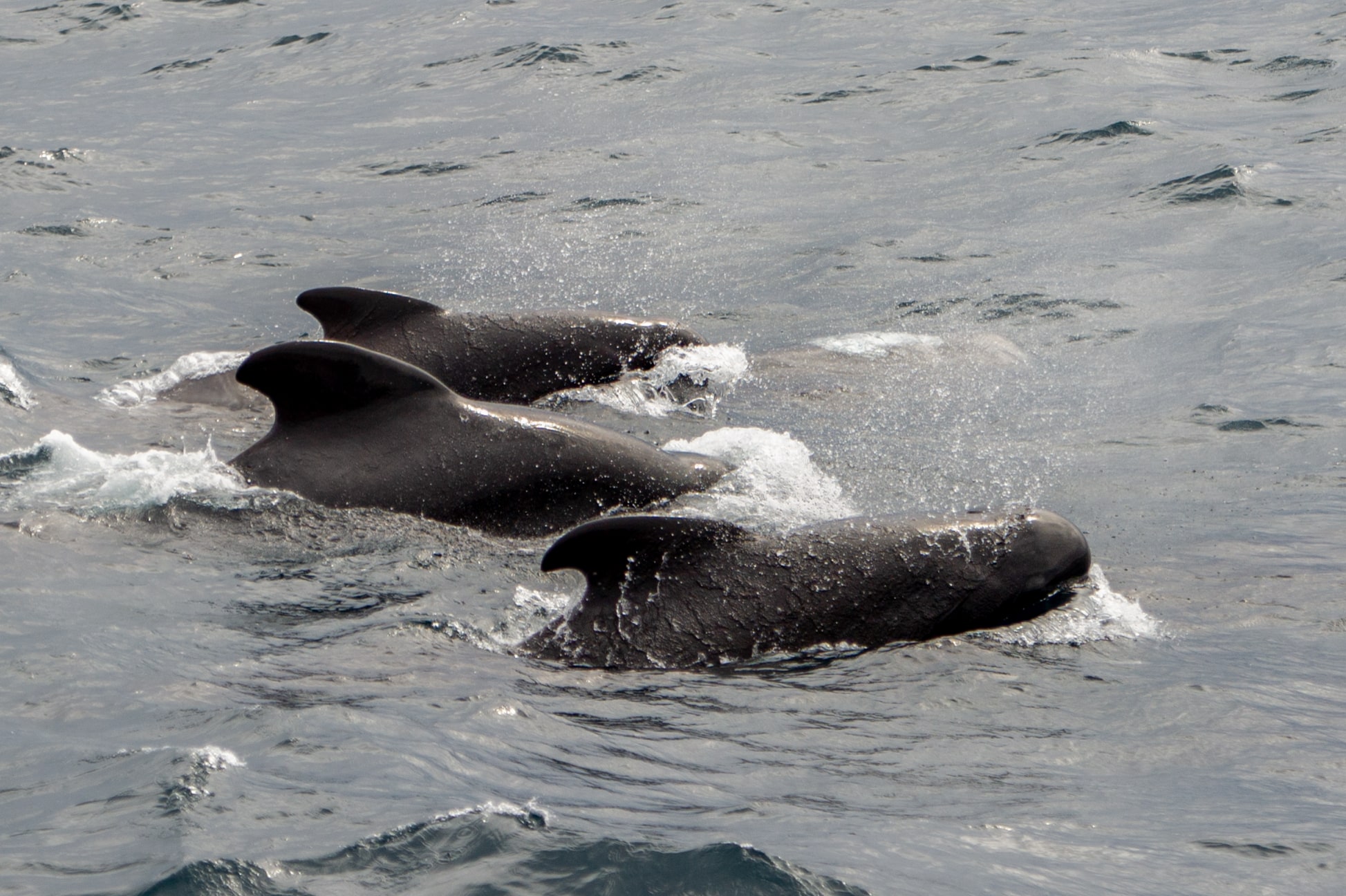 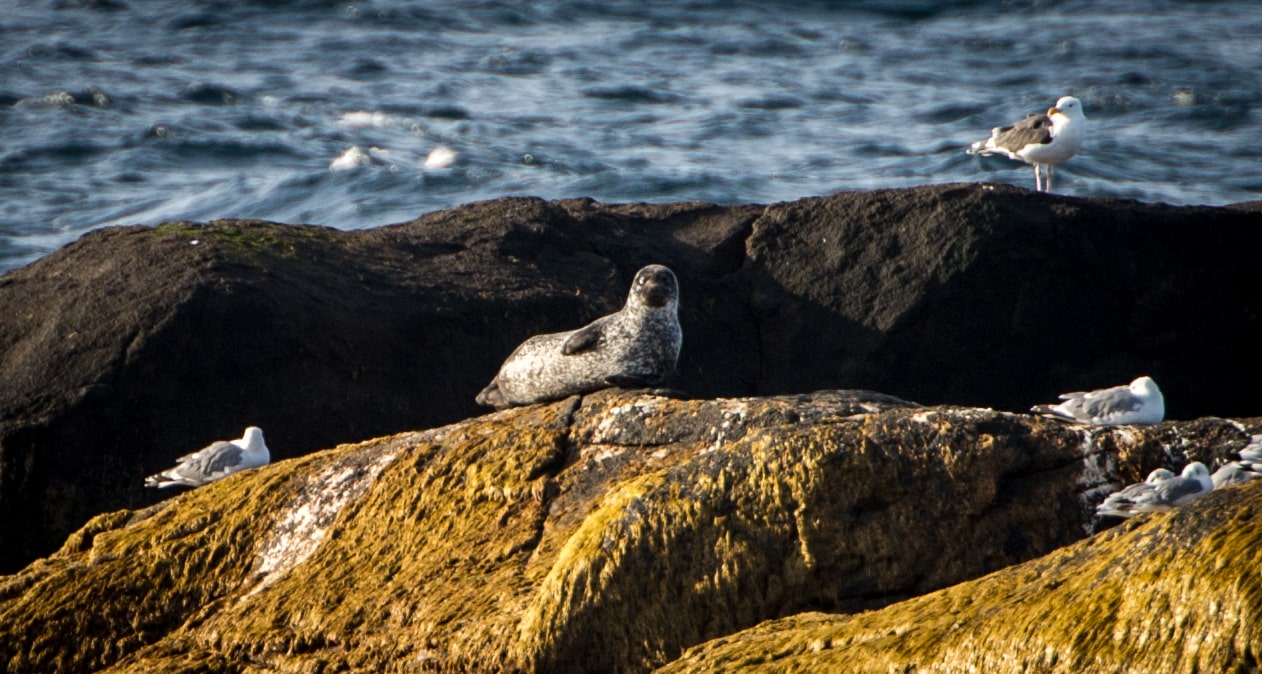 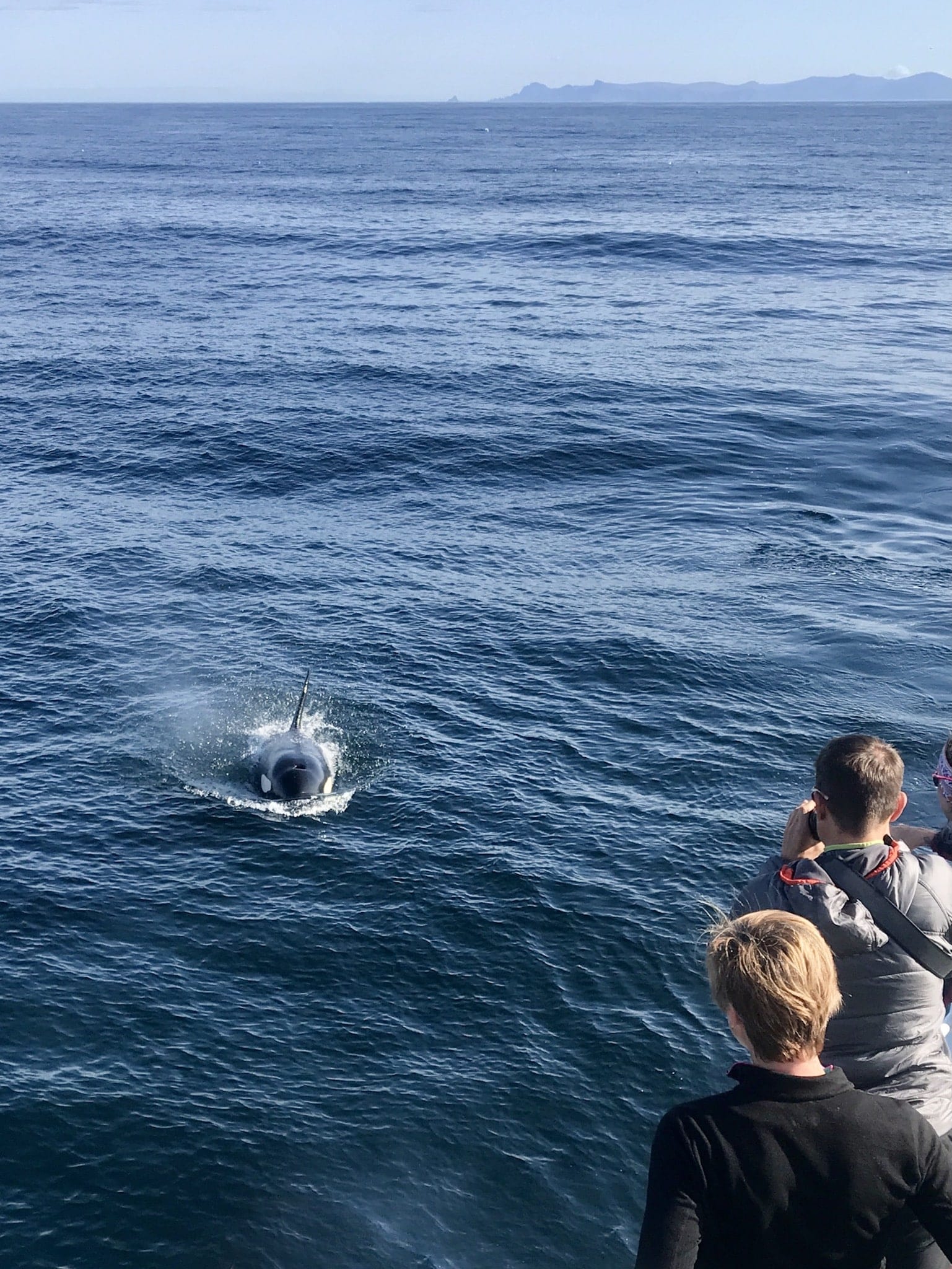 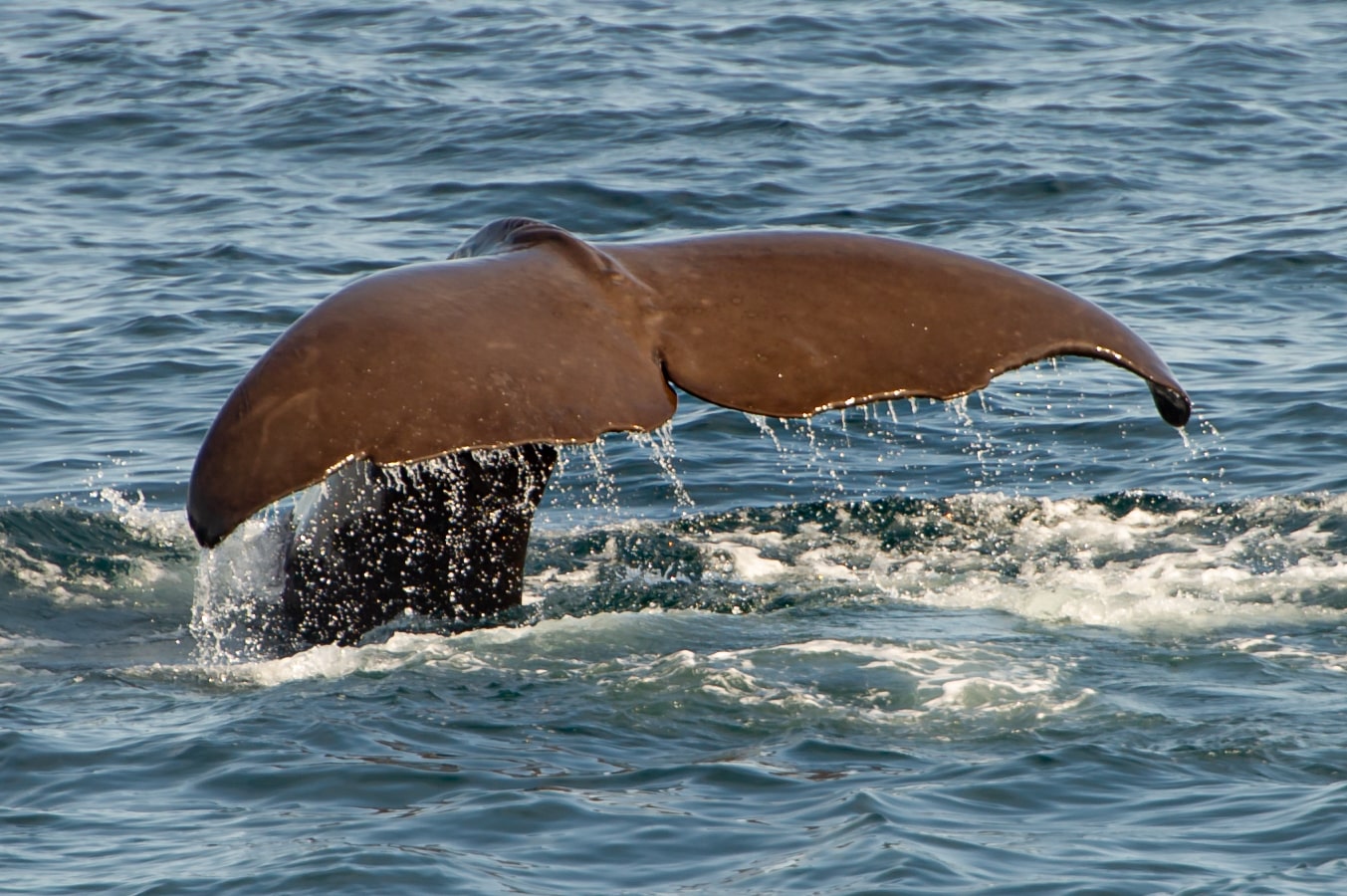 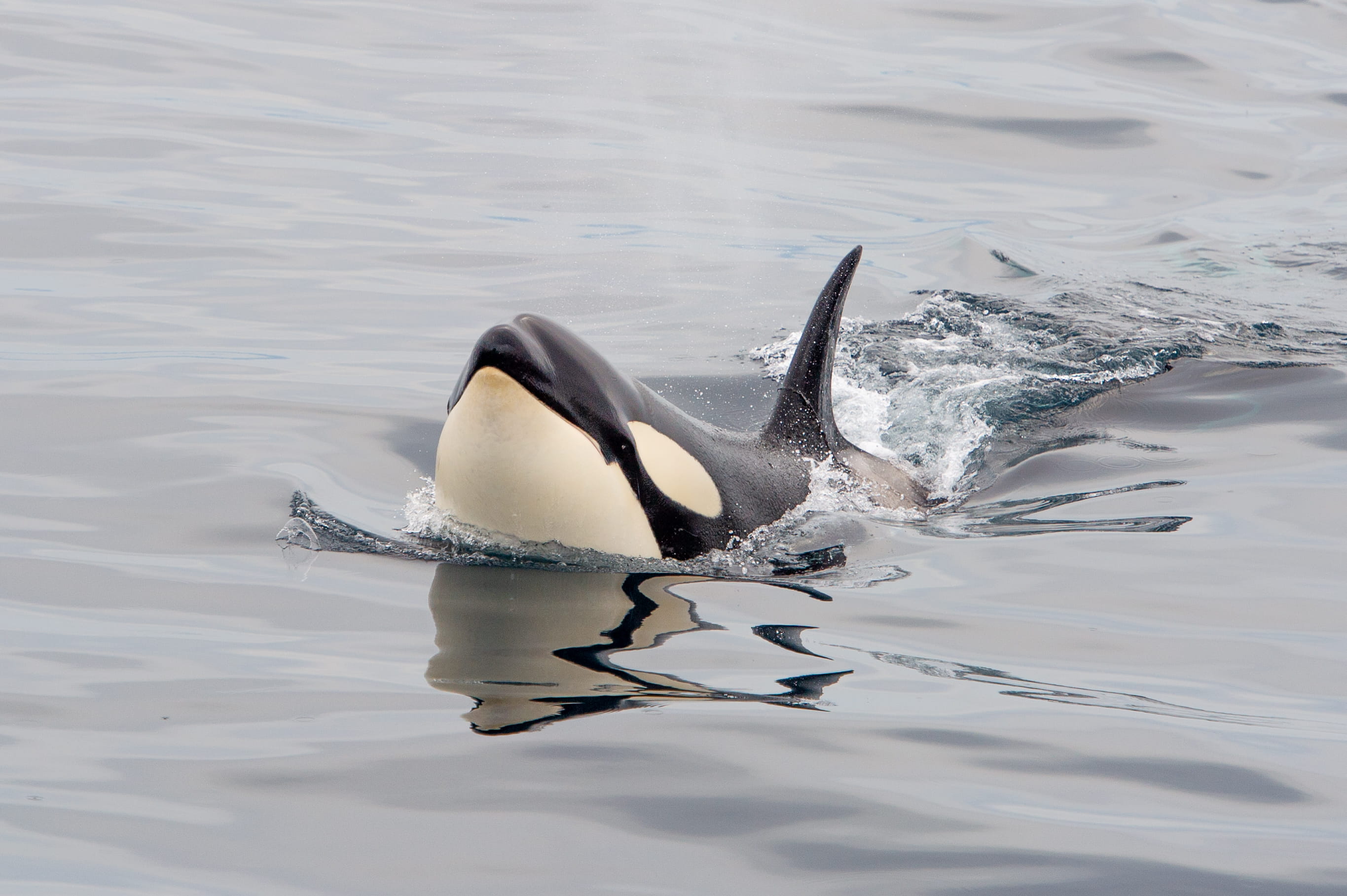 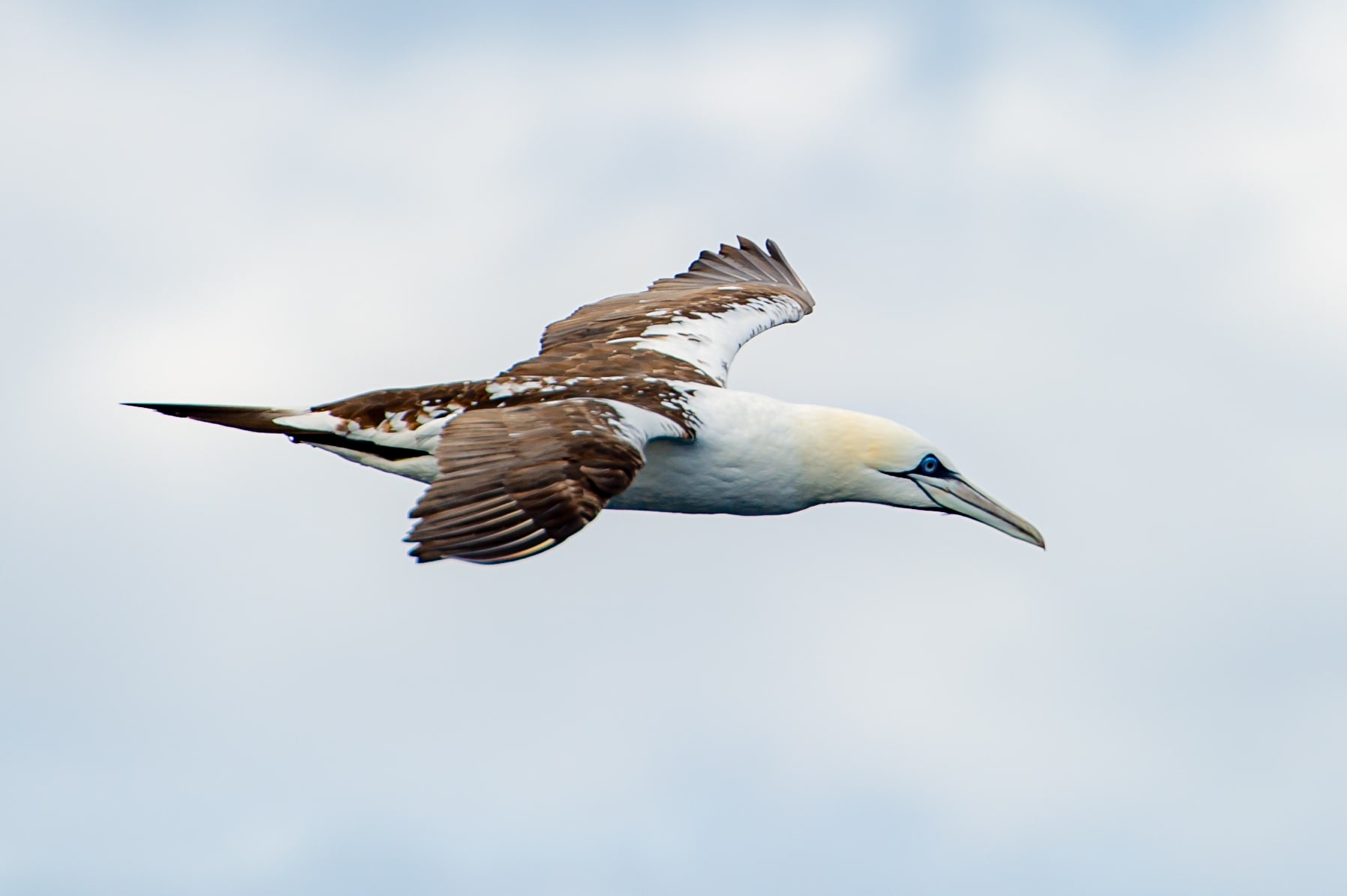 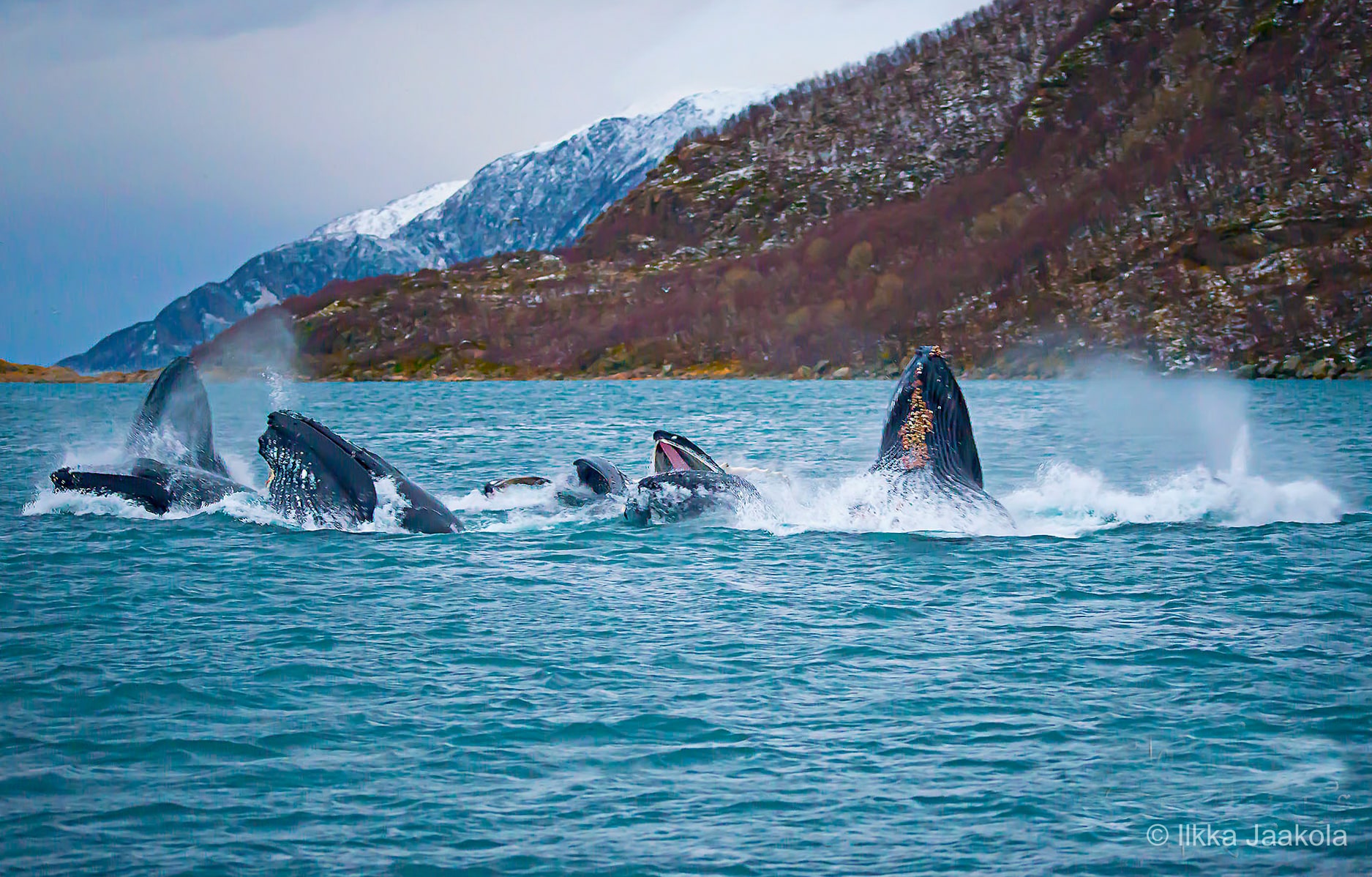 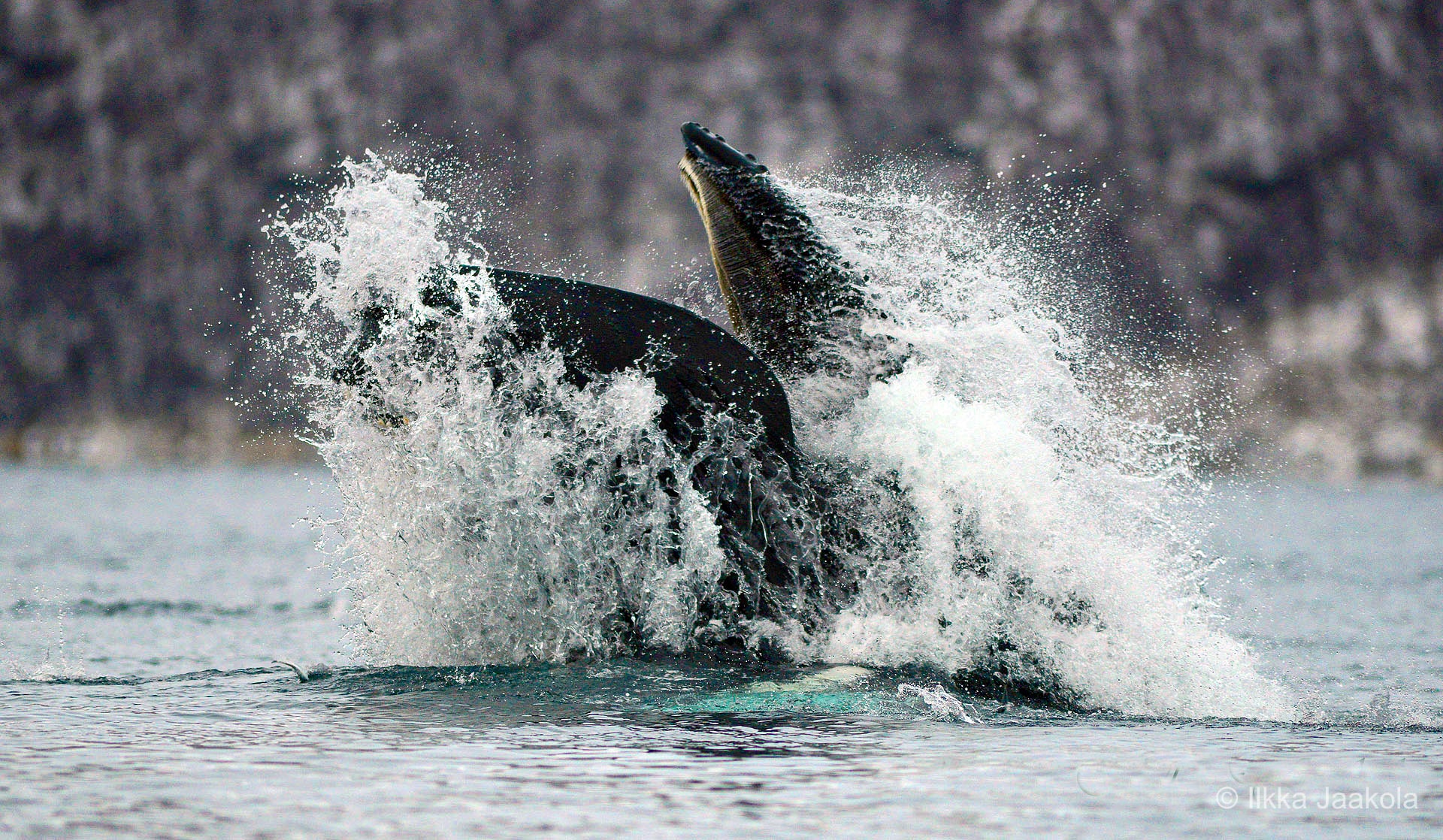 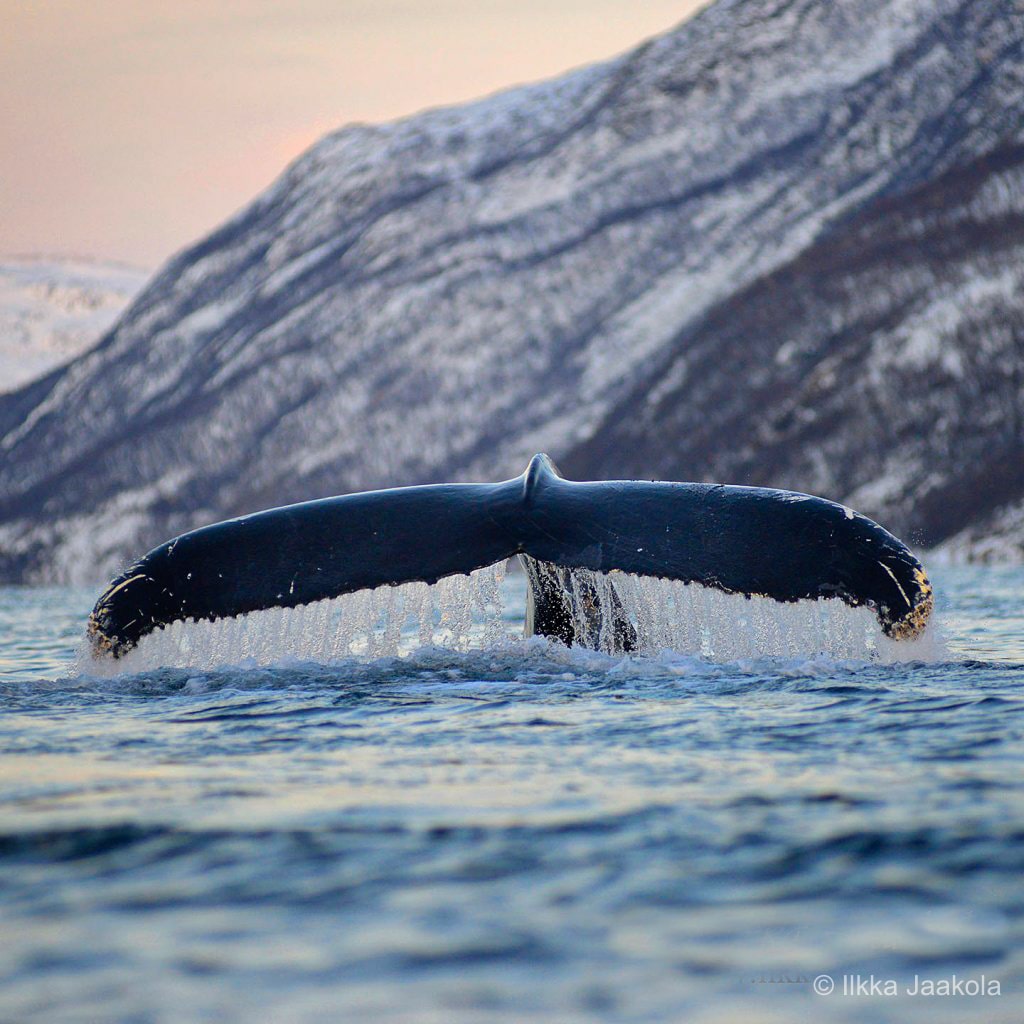 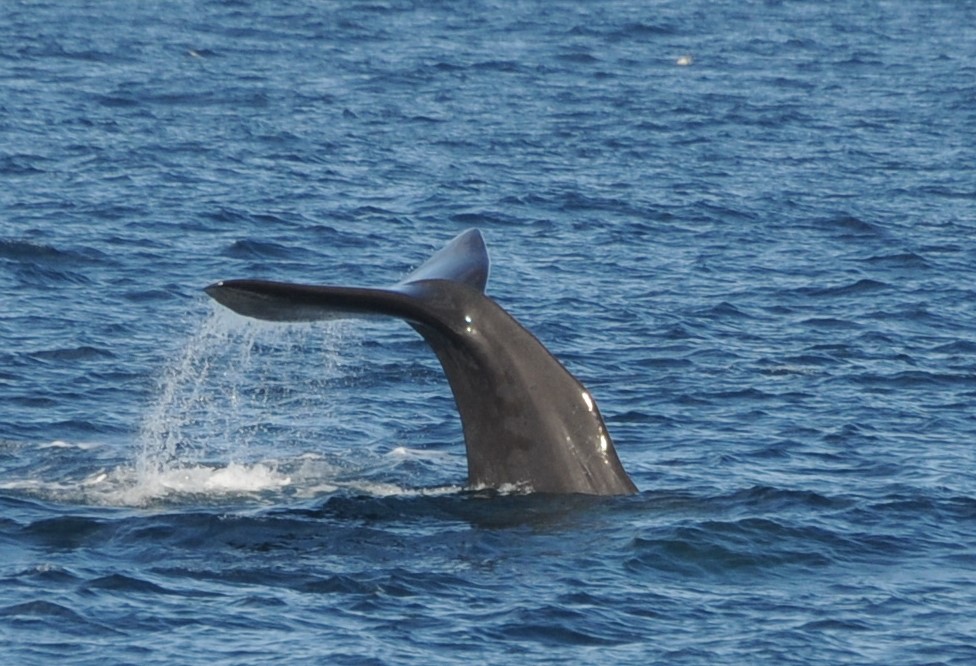 Everything you need to know about Vesterålen.

Everything you need to know about Lofoten.

We collect killer whale ID and location data for the Norwegian Orca Survey.